“What is life? It is the flash of a firefly in the night. It is the breath of a buffalo in the winter time. It is the little shadow which runs across the grass and loses itself in the sunset.”

Less Development, less Expansion and more Wilderness.  A refreshing thought that actually sounds breathtaking. Because it is breathtaking. You may even get a nice breath of fresh air out of it.

The clamor and chaos of global warming, climate change and the ever growing endangered species list, is paramount as the majority of corporations still continue to expand, develop and artificially implant the land.

As pioneers burned through forests and bisons were being slaughtered, environmentalists such as John Muir, raised awareness on the importance of wilderness and heeded precaution in the pursuit of mass civilization.

John Muir (1838-1914) was one of America’s first great influencers in the preservation of the American wilderness. He lived and flourished in the mountains with just one small, quaint cabin. “John of the Mountains”, as many called him, communicated with America through written stories of his life in the wilderness of the Sierra Nevada.

America has come a long way since the 19th century. Mankind has whizzed through centuries with ingenious abilities to manipulate resources with advanced techniques.

Bravo, for being so intellectual. Man is a brilliant being, curious enough to investigate the universe and discover almost anything, from microscopic organisms to galaxies far far away. We live in a time capsule of inventive luxury. Man can’t help it, we are bred and designed to experiment and study.

Being brilliant is not easy, however. One brilliant idea may turn out to be not so brilliant in the long run. And a little thing, maybe just one of the seven deadly sins, like greed, gets in the way of sound decision making. But that doesn’t mean all hope is lost. Hope is never lost. That’s when a new direction comes across the path. Innovation, change and humble habits may just be the cure.

A Brand New World Order, if you will, a title song performed by Ghost of a Saber Tooth Tiger (GOASTT), using lyrics that sing about the destruction of the planet due to manmade manuevers. “Can’t see the forest for the indus-trees”, sings Sean Lennon, a song introduced to me by nature photographer, Mark Burns, who pioneered The National Park Photography Project. 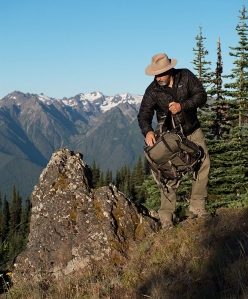 2016 marks a century for America’s National Parks and one photographer, Mark Burns, recently completed a five year photographic expedition capturing America’s most beautiful sceneries from all 59 of them. The National Park Photography Project (TNPPP) is currently on exhibit at the Houston Museum of Natural Science to showcase America’s lush land in 100 years of park conservation.

The black and white photographs are designed to radiate a historical essence of the park as they were meant to be from that time period. After a mostly solo expedition, exploring the parks to capture America’s finest terrain, Mark Burns points out some drastic changes over the course of time. He mentions the monumental drop in the number of American Bison over the course of a few centuries.

Two hundred years ago there was said to be around 60 million American Bison grazing the Great Plains of North America. Today, there are less than four thousand. An utter tragedy of despair. Fortunately, the American Bison is not on the endangered species list.

Mark goes on to say that certain industrial formations obstruct the view of an otherwise breathtaking landscape. Such as the over-illuminated oil well next to the Canyonland National Park. The question arises of what’s the utter importance of such a industrial structure to such a pure and natural setting?

When in doubt, go back to nature. The Earth is billions of years old. “A project like the TNPPP is life changing”  Mark Burns expresses, “to look at a 3,200 year old bristlecone pine tree and think of how many sunrises and sunsets that tree experiences, makes me realize how small I am”.

Mark experiences that same feeling when capturing the wondrous Grand Canyon. The bewilderment of how really small humans are compared to the raw wonder of nature and sky. The Grand Canyon is estimated to be around six million years old.

Though there’s a very long laundry list of dire improvements in the industrial phase of life on Earth; connecting with nature is the first big step. For every developer, there should be an environmentalist behind the blue prints.

Humanity needs a lot to be sustained but the question is, how can we do it differently? How can we re-think in a way that benefits all the elements.

Mark Burns recently invested in a cargo bicycle to help him trek through the terrain with his camera equipment versus riding in a vehicle. This is one of many contributions to minimize his carbon footprint. Every little bit helps.

The Importance of Conservation

Conservation is vital to humanity’s moral duty to protect and preserve our natural resources. There are acres and acres of land throughout this country that are being tracked down for more development and hundreds of environmentalists and conservancy organizations that are standing with brave hearts to stop it from happening. It’s an ongoing issue that cannot be overlooked.

This does not mean just the 59 National State Parks but the land in your neighborhood, city, county and state. Everyday, developers are building and building without a care in the world for wildlife or natural resources. Beware. Be very aware and stand up. Even if you’re not a nature fanatic, be aware of the essential access to plentiful nature for optimum fulfillment. A fulfillment that should be in every community across the world.